About the Cemex Soledad Canyon Sand and Gravel Mine

Click here to download a pdf of a Fall 2003 special edition of the Agua Dulce/Acton Country Journal providing information on the history and potential impacts of the Soledad Canyon mining proposal. 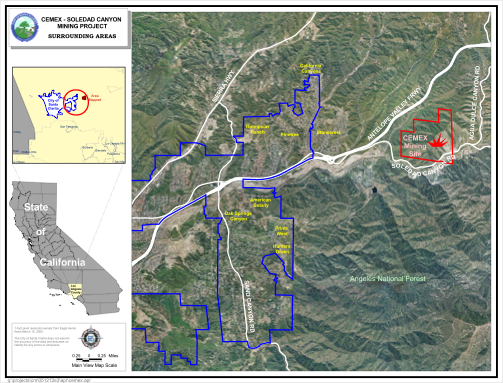 In 2012, our efforts included a letter writing and petition campaign in support of Senate Bill 759 by Sen. Barbara Boxer, D-Calif. No action was taken on the bill, but dozens of letters and the petition bearing more than 3,500 signatures were delivered to Sen. Boxer and other legislative leaders in February 2013 in the hopes that this strong show of support would aid in the passage of similar legislation in 2013.

City of Santa Clarita’s informational video about the 2012 legislation: